Experts from Right Networks explain why cyberattacks are so common and so dangerous, and what you can do to avoid them.

Most people who don’t work in cybersecurity don’t know how complex a field it really is. Sure, we all know it’s important and a major concern for accounting firms and small businesses—although many people still don’t take security threats as seriously as they should.

Most of us go about our days without really appreciating the constant battle cybersecurity experts are fighting on our behalf. Two of the people who fight that battle at Right Networks are Brian Rae, Senior Director of Security and Compliance, and Jose Smith, Director of Cybersecurity.

Rae, who works primarily with Right Networks’ QuickBooks® Hosting services, and Smith, who is in charge of security for the Cloud Premier IT outsourcing service, recently sat down to discuss trends in cybersecurity, the volume of security threats (the numbers are staggering, by the way) as well as what firms and businesses can do to keep themselves safe (hint: train your employees!).

Here are some key cybersecurity takeaways from the conversation… 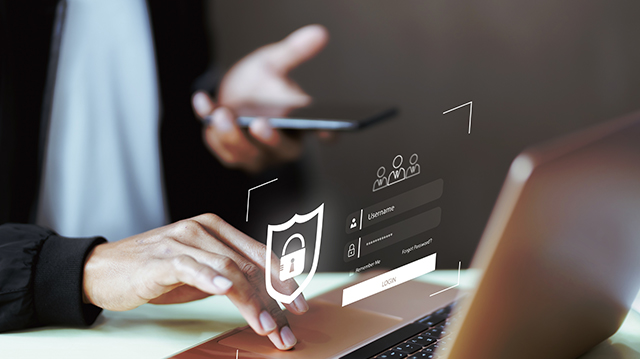 The successful cyberattacks that make the news represent only a fraction of total attack attempts. Right now, a bad actor is trying to steal your data. In fact, in pretty much any given second, some would-be cybercriminal is trying to break into your system.

In a given month, out of about 1 million corporate inbound emails Right Networks receives, almost 15% are categorized as phishing or malware. That averages out to about 7,500 per day being remediated. The company blocks more than 10 million potential malicious connections every 24 hours.

Granted, Right Networks, with several hundred employees, is far larger than your accounting firm or small business might be. But more than 10 million malicious hits a day is a massive number. Taken down to the scale of a much smaller business, that could still equate to thousands of attack attempts per day and hundreds or even thousands of phishing emails.

All it takes is one successful attack for a cybercriminal to steal your company’s—and your clients’—data. That’s why the battle behind the scenes to keep both Right Networks and its customers safe literally never ends.

“We monitor the dark web,” Rae says of Right Networks’ application-hosting services. “We put people’s names in and search them continuously. You’d be surprised how many hits we have.”

With each hit, the Right Networks QuickBooks® hosting security launches a remediation effort. If a cyberattacker has stolen critical data, Right Networks experts can remediate the situation before the data thief can do any damage. But attacks remain constant—and they’re becoming more sophisticated.

Cybercrime Is an Industry Now with Vendors and Tech Support

You might think you can spot a phishing email before it even hits your inbox. There are misspellings, grammatical errors and other clunky mistakes that make a cyberattack attempt almost cringingly obvious. While those ham-fisted attacks still exist, the new generation of cyberattack is different. It’s sophisticated, and it’s literally backed by a team of professionals.

That’s because cybercrime is an industry now—with merchants that offer cyberattacks as a service the way above-board vendors offer security services.

“Cyberattacks are becoming more complicated,” Rae says. “Cybercriminals used to make simple mistakes, but now there’s phishing as a service and malware as a service. You’re at the will of a lot more bad actors.”

Some malicious actors have even repurposed legitimate security tools as services for committing data theft.

The result is that cybercrime is expanding, as attackers have an easier point of entry into stealing data. In essence, many of them need only write emails. A service provider takes care of the rest.

“These cybercrime service providers offer a system that will generate a ransomware key and package it into malware,” Smith explains. “It can be distributed into a victim’s system and also provides the mechanism for a cryptocurrency ransom payment. All of that is infrastructure. Cyberattackers are paying these cybercrime vendors to run that infrastructure. The vendors are providing all the functionality.”

The malicious vendors even offer professional tech support and sometimes have sales and marketing operations as well. Cybercrime is no longer the realm of klutzy amateurs. 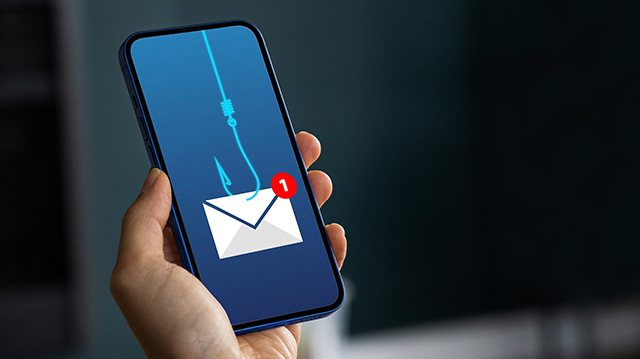 The proliferation of cybercrime as a service has made phishing emails much more difficult to detect.

“The quality of the documentation is excellent,” Rae warns. “Spot-on stuff.”

There are creative new tactics in play among cybercriminals. Attacks often look like legitimate business inquiries.

Smith explains: “An accountant receives an email that says, ‘I’m looking for a new accountant.’ The cyberattacker sends that email under the guise of a prospective client. The firm responds. The attacker asks for a secure place to send last year’s tax documents. The firm says send to a portal. That cyberattacker then uploads malware into the portal. That is some of the most malicious malware we have seen.”

And it’s hard to stop, Smith continues, because no business can reject what looks like a genuine inquiry from a new customer. “If you say to a CPA, ‘You need to be careful of people looking for new business,’ that doesn’t sell very well. But they can be tricked through email pretty easily. The phishing emails are almost constant.”

There are other new theft techniques, too, such as an attacker who searches LinkedIn for people who have just taken new jobs. The attacker spoofs an email from the new hire’s boss or CEO and sends the new hire a message that will ultimately launch malware once the new employee clicks on a link or document in the email.

“The obvious cyberattacks of the past are fading away in favor of more nuanced stuff,” Smith confirms. “That’s why training employees is more important than ever.”

Multifactor Authentication is Necessary but Not Perfect

Some of the methods firms and businesses use to protect themselves are rooted in technology—for instance, every employee should use a password manager. But even the most sophisticated technology must work in tandem with security-savvy employees. One essential security measure our experts mentioned was multifactor authentication (MFA), which involves logging into an application or device with two or more elements of authentication.

In other words, if you’re using MFA, you might log in with a password on your computer and then receive a confirmation on your phone that you’ll need to accept before you can access your app or device. MFA itself is evolving with biometrics such as facial and fingerprint recognition becoming more common as forms of authenticating identity.

MFA is effective in preventing data theft because even if a cybercriminal steals a user’s data, the bad actor won’t be able to simply log into the user’s accounts through a single source. The second level of authentication stops a lot of would-be data theft.

“If you accidentally give your credentials away, there’s a backstop there,” Rae says.

But while it’s a security technology all businesses must absolutely have, it’s not perfect. One element that is chipping away at the effectiveness of MFA has more to do with users than it does with the technology itself. MFA fatigue sets in when users accept a second form of authentication even when they never entered a first one.

In too many cases, MFA fatigue sets in, and a user will allow access to the account just to stop the phone from prompting even though the user isn’t trying to access the account in question. At that point, the attacker is in, and data theft begins.

Both Rae and Smith insist that the number one thing any business can do to protect itself from cybersecurity threats is to train employees to recognize and avoid security risks. The greatest security risk to accounting firms and small businesses is user behavior.

“It’s always the users,” Rae says. “That’s our biggest threat factor. Clicking a phishing email or answering a call and giving out information that allows a malicious attacker to use that info for social engineering. It’s the everyday stuff that the malicious actors are looking for.”

To be fair, it’s hard for employees to be on guard all the time—both at work and at home. As always, the cybersecurity battle never ends.

“You’re getting inundated with this stuff on a business level and a personal level,” Rae confirms.

Small firms and businesses are hardly immune to attacks, either. In fact, they’re frequent targets. Accounting firms are especially in the crosshairs because they have access to their clients’ most critical information, but every type of business is at risk.

“IT security is not top of mind for small businesses,” Rae says. “It only becomes top of mind when things happen. They become victims more often than some of the bigger businesses.”

Every business, regardless of size, needs to train employees, owners and everyone else involved with the operation on how to recognize and avoid security threats. Ultimately, most attacks that result in data loss occur because a user in an organization opens the door to let them happen. Technology can help avoid attacks and can remediate damage caused by one, but the first line in preventing attacks is always people.

As Smith says, “Your people are a critical part of your security.”

Are you meeting the constant challenges of cybersecurity? Protect your firm with Right Networks Managed Security services, including comprehensive security training for employees.

Have questions? We are here to help.

Want to hear from us?